Welcome to SafariNow. Get off your accommodation booking by paying with the voucher code before .
South Africa/Mpumalanga/Barberton/Barberton Steam Locomotive 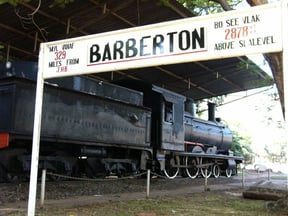 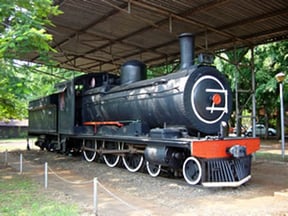 Jock Of The Bushveld Statue 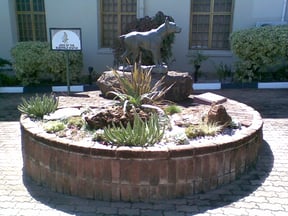 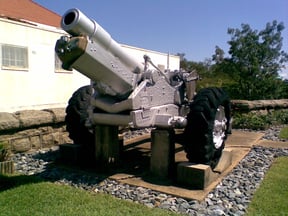 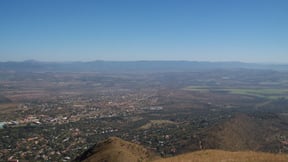 Take a slow stroll along the Heritage Walk from Barberton Museum to see a relic from yesteryear. This lovely old locomotive was brought to Barberton on its own steam in 1971, having served on the railway line between Barberton and Kaapmuiden from 1899.

The Barberton Steam Locomotive was manufactured in 1898 by Nielson & Co. for the Cape Government Railways. The Kaapmuiden-Barberton railway line was opened on 1 April 1896 and similar locomotives were used on it.

Sleeps 20 in 0 rooms
Barberton Hotel
The 4-star Dawson's Game and Trout Lodge offers comfort and convenience whether you're on business or holiday in White River. The hotel...
View Deal

★★★★★ 24 Reviews
Sleeps 26 in 7 rooms
Barberton Guest House, Self-catering
Nestled at the foot of the breathtaking Mkonjwa Mountain Range in the quaint mining town of...
R920
Avg per night for 2 guests
View Deal

★★★★★ 2 Reviews
Sleeps 80 in 20 rooms
Barberton Guest House, Self-catering
Jathira Guesthouse is situated just outside of Barberton, far out enough to enjoy the peacefulness of the Makonwja Mountains.The guest...
View Deal

★★★★★ 3 Reviews
Sleeps 36 in 18 rooms
Barberton Lodge
Temaswati Lodge is an African lodge situated in the Makhonjwa Mountains within the CBD of Barberton. The lodge is an expression of the...
R750
Avg per night
View Deal

★★★★★ 12 Reviews
Sleeps 20 in 9 rooms
Barberton Guest House
Come and experience our tranquil and homely atmosphere at Royal Sheba Guesthouse. We offer a luxurious, peaceful and secure stay in the...
View Deal
See all accommodation near Barberton

Click to display the map
Barberton Steam Locomotive is 2.1km from the centre of Barberton , the nearest airport 44.8km (Kruger Mpumalanga International Airport).
*Distances are shown as the crow flies and not necessarily the actual travelling

Other things to do near Barberton

★★★★★ 1 Review
Popular Attraction in Kaapsehoop
This hour-long tour takes in the sites and amazing history of the Kaapsehoop, an unassuming little...

★★★★★ 8 Reviews
Hiking Trail in Kaapsehoop
Hike through a maze of unusual rock formations for 20 minutes from Kaapsehoop and you will find...

Animal Park in Nelspruit
If you have visited Chimpanzee Eden it will be an experience you will always talk about. It started...
See all things to do near Barberton
WEB3