Welcome to SafariNow. Get off your accommodation booking by paying with the voucher code before .
South Africa/Mpumalanga/Barberton/Makhonjwa Mountains 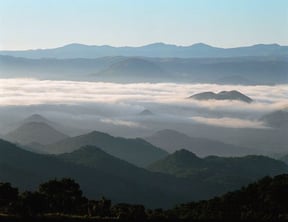 The Makhonjwa Mountains around Barberton are renowned for their ancient green rocks with their unique scientific record of the pre-history of the earth and for the human stories in pursuit of hidden gold. Also referred to as the ‘Genesis of Life’, its geology includes the best preserved truly ancient rocks on earth.

Despite the rocks being 3.5 billion years old they are so well preserved that their fossils faithfully record the earliest life forms on the planet as well as evidence of the first recorded massive meteorite impact. Come to Barberton for the most spectacular sceneries, over the mountain for picnic, and if the beauty does not hold you back too long, a trip to Songimvelo Nature Reserve.

"The oldest well preserved sedimentary and volcanic rocks on Earth. ... These rock layers are like the pages of a book that we can read and translate in terms of early Earth's history. Here in Barberton is the Rosetta Stone for this period of time." Prof Don Lowe, Stanford University

"The rocks of the Barberton region represent the best-preserved example of the Earth's ancient oceanic and continental crust." Profs Terence McCarthy and Bruce Rubidge, University of the Witwatersrand

Things to do in Barberton

★★★★★ 24 Reviews
Sleeps 26 in 7 rooms
Barberton Guest House, Self-catering
Nestled at the foot of the breathtaking Mkonjwa Mountain Range in the quaint mining town of...
R920
Avg per night for 2 guests
View Deal

★★★★★ 12 Reviews
Sleeps 20 in 9 rooms
Barberton Guest House
Come and experience our tranquil and homely atmosphere at Royal Sheba Guesthouse. We offer a luxurious, peaceful and secure stay in the...
View Deal

★★★★★ 3 Reviews
Sleeps 36 in 18 rooms
Barberton Lodge
Temaswati Lodge is an African lodge situated in the Makhonjwa Mountains within the CBD of Barberton. The lodge is an expression of the...
R750
Avg per night
View Deal

★★★★★ 15 Reviews
Sleeps 10 in 3 rooms
Barberton Guest House, Bed and Breakfast
Situated on the slopes of the Makhonjwa Mountians, overlooking the town of Barberton and the De Kaap Valley, you will find the beautiful...
R800
Avg per night for 2 guests
View Deal

★★★★★ 22 Reviews
Sleeps 10 in 4 rooms
Barberton Bed and Breakfast
This Charming Guesthouse and fully licensed pub is set in a tranquil garden setting. The Gold...
R500
Avg per night for 2 guests
View Deal
See all accommodation near Barberton

Click to display the map
Makhonjwa Mountains is 4.2km from the centre of Barberton , the nearest airport 45.5km (Kruger Mpumalanga International Airport).
*Distances are shown as the crow flies and not necessarily the actual travelling

Other things to do near Barberton

★★★★★ 1 Review
Popular Attraction in Kaapsehoop
This hour-long tour takes in the sites and amazing history of the Kaapsehoop, an unassuming little...

★★★★★ 8 Reviews
Hiking Trail in Kaapsehoop
Hike through a maze of unusual rock formations for 20 minutes from Kaapsehoop and you will find...

Animal Park in Nelspruit
If you have visited Chimpanzee Eden it will be an experience you will always talk about. It started...
See all things to do near Barberton
WEB06