Welcome to SafariNow. Get off your accommodation booking by paying with the voucher code before .
South Africa/KwaZulu-Natal/Durban/Bothas Hill/PheZulu Crocodile and Snake Park 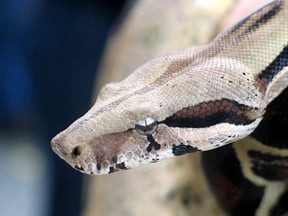 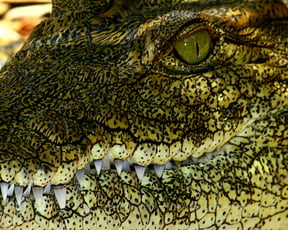 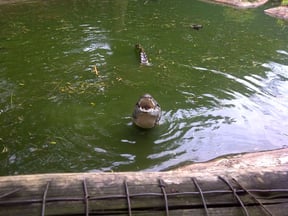 About PheZulu Crocodile and Snake Park

Learn fascinating facts about fearsome crocodiles and snakes, meet 'Junior' their 102-year-old Nile crocodile and have a hands-on experience with Cleo, their lovely Burmese python who weighs in at 42 kilograms and is 3.2 metres long.

★★★★★ 1 Review
Sleeps 8 in 4 rooms
Bothas Hill Self-catering, Bed and Breakfast
Siyakwamukela is a Zulu word meaning "welcome". This is how you will experience your stay at this...
R850
Avg per night
View Deal

★★★★★ 1 Review
Sleeps 11 in 3 rooms
Bothas Hill Bed and Breakfast, Self-catering
Siyakwamukela is a Zulu word meaning “we welcome you”. This is how you will experience your stay at this modern and homely accommodation...
R950
Avg per night
View Deal

Sleeps 8 in 3 rooms
Bothas Hill Self-catering
Maidstone is the family home of the Speight Family. They built their home in the country to escape from quick pace of the city. Bryan with...
R800
Avg per night
View Deal

★★★★★ 53 Reviews
Sleeps 26 in 8 rooms
Bothas Hill Lodge, Self-catering
Perched on top of the Valley of 1000 Hills rests three thatched cottages with breathtaking views of the valley. We offer a Family Cottage,...
R1050
Avg per night
View Deal
See all accommodation near Bothas Hill

Click to display the map
PheZulu Crocodile and Snake Park is 3km from the centre of Bothas Hill , the nearest airport 46.4km (King Shaka International Airport).
*Distances are shown as the crow flies and not necessarily the actual travelling

Other things to do near Bothas Hill

★★★★★ 1 Review
Popular Attraction in Kloof
The breathtaking Valley of a Thousand Hills is an awesome holiday destination that offers unspoilt...

★★★★★ 1 Review
Popular Attraction in Kloof
This is an old steam train that over weekends runs from Kloof Station through the Valley of 1000...

★★★★★ 1 Review
Sport Stadium or Club in Stamford Hill
Durban's stadium, the Moses Mabhida Stadium, played host to one of the 2010 Fifa World Cup...
See all things to do near Bothas Hill
WEB1