Welcome to SafariNow. Get off your accommodation booking by paying with the voucher code before .
South Africa/Western Cape/Central Karoo Accommodation 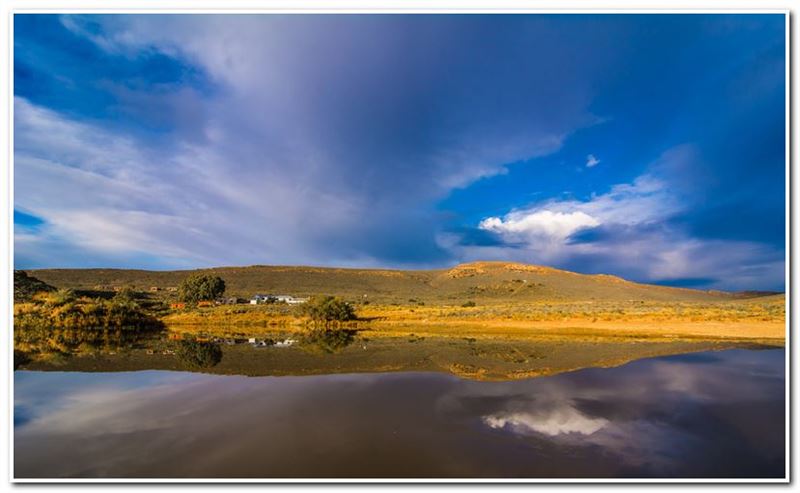 The broad, mostly sandy, expanse of undulating plains known as the Karoo is divided between the Little Karoo, nearer the coast and the Great Karoo, which seems to stretch into the interior forever. The Karoo, which means 'great thirst' in the local Khoi-San language, receives little rain so the rather dramatic landscape exhibits interesting geological features. The broad expanse of the endless plains is broken by flat-topped mesas and kopjes (conical hills), which display interesting stratigraphy, contorted fold structures and deeply striated glacial pavements. The Karoo is particularly rich in dinosaur fossils, many of which can be seen at the Old Library Museum in Graaff-Reinet.

Many people consider the Karoo something to be endured in order to get from Johannesburg to Cape Town, or vice versa but it really is an attraction in its own right. The two national parks, the Karoo National Park near Beaufort West and the Mountain Zebra National Park near Cradock are nothing like the bushveld reserves around the Kruger National Park. The vegetation is much more sparse but, strangely, far more interesting, as it's characterised by low-growing succulents and aromatic shrubs which, upon closer inspection are very beautiful and many of which flower spectacularly for a short season.

Although midday can be over-bright and washed out, the quality of light in the Karoo is magnificent. Sunrises and sunsets are awe-inspiring with pastel shades of purple, blue, pink and gold filling the entire horizon. The sky before a storm is particularly dramatic, with shafts of light burning down through indigo clouds and rainbows dancing merrily just behind the thunder and lightning.

And the clear skies and freedom from light pollution makes for wonderful stargazing - the recently built Southern African Large Telescope (SALT) is in the small, rather remote Karoo town of Sutherland.
As well as showcasing some very pretty Victorian houses, the many small towns reflect a sort of sleepiness, which is appropriate to their status as urban centres in a large sheep farming area.
On the edges of these vast plains lie lovely, almost unexplored mountains, with deep gullies, pretty streams and overhangs filled with rock art. And even the older buildings - one-roomed stone cottages, corbelled huts and old stone sheds are coming into their own as they are renovated as tourist or hikers accommodation.

Graaff-Reinet and Cradock offer a wealth of cultural attractions as well as some great accommodation Nieu Bethesda is the site of South Africa's best known outsider art - the Owl House, created by Helen Martins. Nothing happens very fast in the Karoo. It's a place to go to relax, to sit back and watch time move gently over the purple hills.
The Great Karoo stretches over part of the Eastern Cape, the Western Cape and the Northern Cape.

Planning a trip to the Northern Cape or the Eastern / Western Cape Karoo? A useful and inspirational book to have on the road is the  Getaway Guide to the Karoo, Namaqualand & Kalahari - Out and About in the Northern Cape by Brent Naudé-Moseley & Steve Moseley, who are also the proprietors of Karoo Cottage in Loxton.

Karoo, Namaqualand and Kalahari represents not only some of the most remote areas in southern Africa, but also the most scenic and rustic on the subcontinent – a region framed by a stark beauty that provides an ideal getaway from well-trodden tourist paths. This fascinating guide provides a unique exploration of its hidden treasures, national parks and wildlife reserves. Find out where to go and what to see, sound advice on finding your way through the Karoo, Namaqualand and Kalahari as well as alphabetical accounts of all the towns, villages and stopovers, maps and the what, where and how of adventure activities.

Authors Steve Moseley & Brent Naudé-Moseley live in the Karoo where they’ve spent the past ten years writing and photographing this and neighbouring regions. During this time they have developed a great love and respect for its natural and historical heritage, people and culture - all of which have opened their eyes to a simpler lifestyle and different values. Their travel articles and images appear in local and international publications and, after years of travel and research, they have launched a unique photo library (www.karooimages.co.za) specialising in the Great Karoo, Kalahari and Namaqualand. 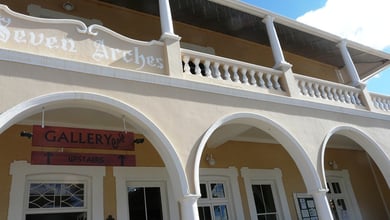