Welcome to SafariNow. Get off your accommodation booking by paying with the voucher code before .
South Africa/Free State/Clarens/Clarens Craft Brewery 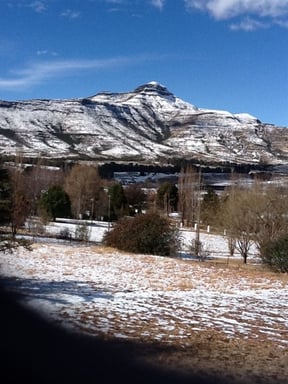 Enjoy a craft brew as you relax and take on the sights and sounds of Clarens. Clarens Brewery brews fine hand crafted beers and cider in the beautiful village of Clarens in the foothills of the Maluti Mountains.

Sleeps 5 in 2 rooms
Clarens Guest House, Self-catering
The Clarens Suite is a comfortable self-catering unit located in the Larola Terrace complex in Clarens, which is close to the town square...
R900
Avg per night for 2 guests
View Deal

★★★★★ 8 Reviews
Sleeps 8 in 4 rooms
Clarens Guest House, Self-catering
Home in a large garden with fantastic views of the mountains to the east and south of Clarens, the Mystic Mountain Cottage offers family...
R900
Avg per night for 2 guests
View Deal
33% OFF

★★★★★ 9 Reviews
Sleeps 5 in 2 rooms
Clarens Self-catering
33% OFF   Habitat is situated in the charming town of Clarens, at the lower reach of the stunning Maluti Mountains.The quaint cottage, which has...
$56 R1300
Avg per night for 2 guests
View Deal

Click to display the map
Clarens Craft Brewery is 1.1km from the centre of Clarens , the nearest airport 142.3km (Moshoeshoe I International Airport).
*Distances are shown as the crow flies and not necessarily the actual travelling

Other things to do near Clarens

Spa & Wellness in Cape to Karoo Road Trip
Clarens Wellness Spa offers a variety of treatments including facial therapy, body and massage...
See all things to do near Clarens
WEB2