Welcome to SafariNow. Get off your accommodation booking by paying with the voucher code before .
South Africa/Limpopo Province/Hoedspruit/Moholoholo Wildlife Rehabilitation Centre 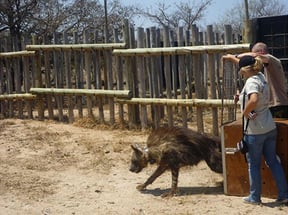 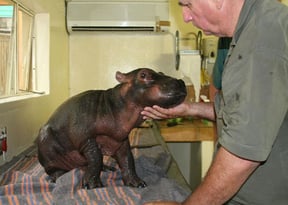 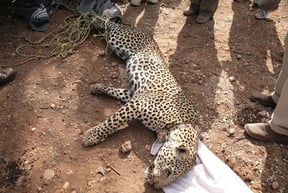 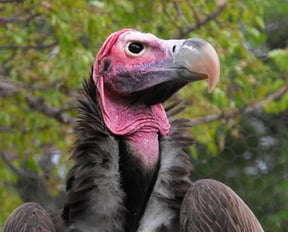 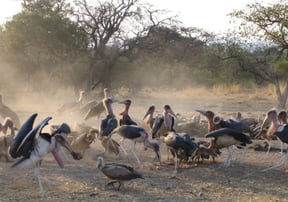 A visit to the Moholoholo Wildlife Rehabilitation Centre is a moving and worthwhile experience It's also a convenient day excursion if you’re visiting the Orpen Gate side of Kruger National Park, Blyde River Canyon, Bourke's Luck Potholes, Pilgrim's Rest, Graskop or Sabie.

The centre provides a home for abandoned, injured and poisoned wildlife and is a respected contributor to wildlife conservation. Animals that you may see are lion, leopard, serval, cheetah, hyena, honey badger, eagles, vultures and various baby animals.

How it all began
Moholoholo started from small beginnings in 1990 – with a crowned eagle and a day old zebra. Word got out that the manager was able to care for and release wild animals and birds, and so Moholoholo grew.

Sadly, some of the animals are not suitable to be released back into the wild and remain as ‘permanent residents’ at the centre. They give visitors an ‘up close and personal’ experience, highlighting the problems that wildlife are facing. The main focus at Moholoholo is to create awareness in order to preserve our wildlife.

Often Moholoholo receive calls to rescue animals such as baby rhino that have been abandoned or leopards that have been injured by cars or caught in snares. The team are also actively involved in collaring and relocating ‘problem animal’ control on farms and tribal areas. Many leopards’ movements have been monitored with these collars.

Moholoholo have tagged and released hundreds of vultures brought in due to poisoning or electrocution. Tracking harnesses were fitted to some individuals, astonishing researchers with the range of their movements.

Another important function of the centre is breeding. Staff have successfully bred and released crowned eagle, serval and many other endangered animals.

Moholoholo Wildlife Rehabilitation Centre is self funded and also covers all the relocation costs of 'problem animals'. There is a small fee for guided tours which last about two hours – your visit to the centre helps this awesome project.

Sleeps 10 in 5 rooms
Hoedspruit Self-catering
Sentosa Place offers accommodation in a beautifully tranquil getaway in the bush. The property is located in the Hoedspruit Wildlife Estate...
R1616
Avg per night for 2 guests
View Deal

Click to display the map
Moholoholo Wildlife Rehabilitation Centre is 17.1km from the centre of Hoedspruit , the nearest airport 20.5km (Eastgate Airport).
*Distances are shown as the crow flies and not necessarily the actual travelling

Other things to do near Hoedspruit

★★★★★ 1 Review
Popular Attraction in Hazyview
Sabie Valley Coffee has been producing Arabica coffee for over 25 years. The farm grows and...